When Hubs and I attended an auction a few years ago I spotting a piece I thought would make a great DIY storage shelf. Specifically, it was the top half to what used to be part of someone’s buffet.

At one time my find would have had a mirror (it was missing) and look similar to the one below found on Pinterest. It was in rough shape, so I was able to buy it for only $5 because no one was interested! I knew it had potential and I’d find a use for it one day. 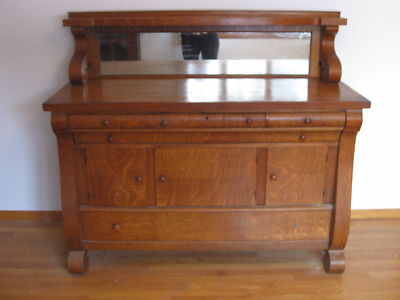 Hubs really didn’t care for my $5 find at the time (as he liked to remind me up until the makeover), but he kindly still stripped and refinished it for me.

After a new coat of stain and lacquer it languished on some hooks in our basement for years gathering dust, until one day Hubs started construction on my craft studio.

With my craft studio underway I had to find a place to hang it. At 50″ in width, it took up quite a bit of space. Poor Hubs lugged it all around my studio, holding it up against the wall so I could step back to visualize. In the end I thought it would make a great catch-all shelf right above my serger in my sewing room! 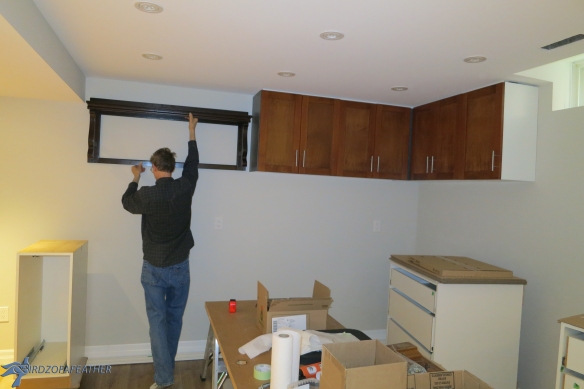 But first, we had to do something about adding extra storage.

All I needed to complete my vision was a piece of pegboard cut to fit where the mirror used to be. I had plenty of pegboard to repurpose from my old studio; there’s nothing better than free!

After Hubs painted the peg board a glossy crimson orange, we gathered a point driver tool and some points: 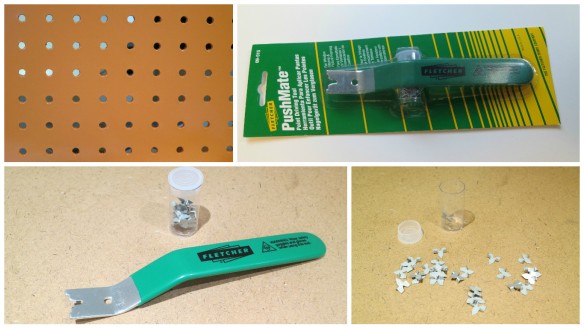 We flipped the shelf over face side down, inserted the pegboard and spaced the points around the perimeter every six inches or so. 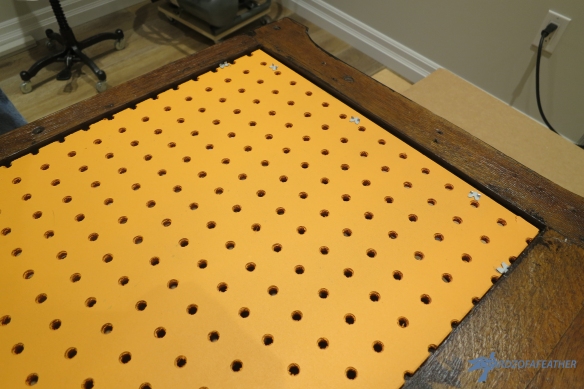 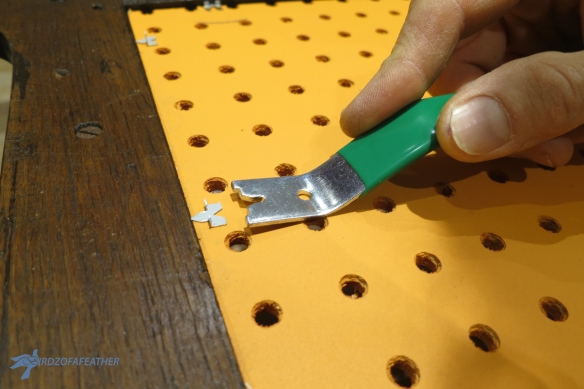 …to wedge them in so they’d hold the pegboard securely in place:

Once the pegboard was installed, I thought it looked great but I still had an idea to improve its functionality even more.

Hubs cut me a scrap piece of sheet metal and painted it the same orange as the pegboard. He drilled holes in all four corners to coincide with the peg holes. I positioned the metal panel off-centre, then we used some nuts and bolts to attach it. While Hubs fastened the nuts from the back, I tightened each bolt an allen key.

Here’s a closeup of how the fastener looks from the front: 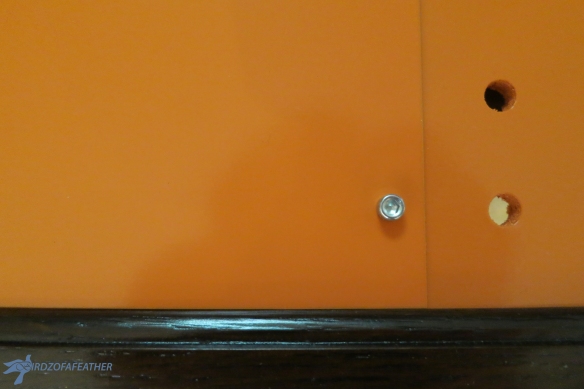 And here it is from the back showing the nut that holds it on:

We flipped it right side up again so I could add these magnetic storage containers:

The magnetic containers are so useful: now I’ll have somewhere to store my sewing machine needles, pins, thread bobbins, various sewing feet and any other small item I might need quick access to in the sewing room!

Magnetic containers will hold all my sewing necessities

There are 5 holes along the bottom of the shelf. I’m planning on installing cup hooks there to disguise the holes – and to hang my scissors from so they’ll always be handy:

Since the shelf is going above my serger, I’ll likely have cones of thread sitting on top of it too. Here’s a rendering of where we’ll be hanging it (on the wall in the far room). 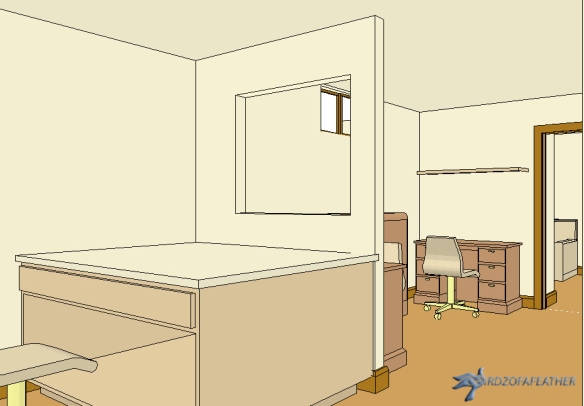 However, I won’t be hanging the shelf until we’ve actually moved my industrial equipment from my old studio to this one. I want to make sure the shelf will work where I’ve planned to install it. My biggest hesitation is whether the pendant light that will be hanging over the sewing table for task lighting will impede access to the shelf.

For now the shelf/memo board is leaning up against the wall I plan to mount it on. You’ll see the final reveal once my studio is finished and it is hung on the wall and accessorized!

UPDATE October 2016: Click here for the final reveal of my craft studio! Unfortunately this shelf didn’t make it into the studio, but you’ll see what did! This project only set us back $10 because we had the pegboard and sheet metal. So I wouldn’t hesitate to reinvent it again; I’m tempted to paint the wood and find another place in the house for it!

In the meantime, here are a few recent office-inspired crafts I’ve been working on in anticipation of having a dedicated studio (click on the images for the tutorials): 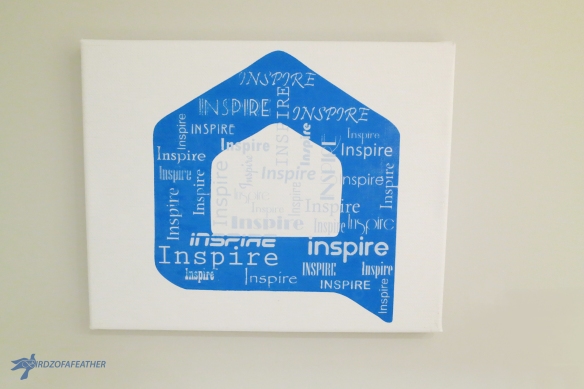 Catch up on some my previous posts before the final reveal in the Making of a Craft Studio series: